She put out the pictures of her twins which was so rare of her. 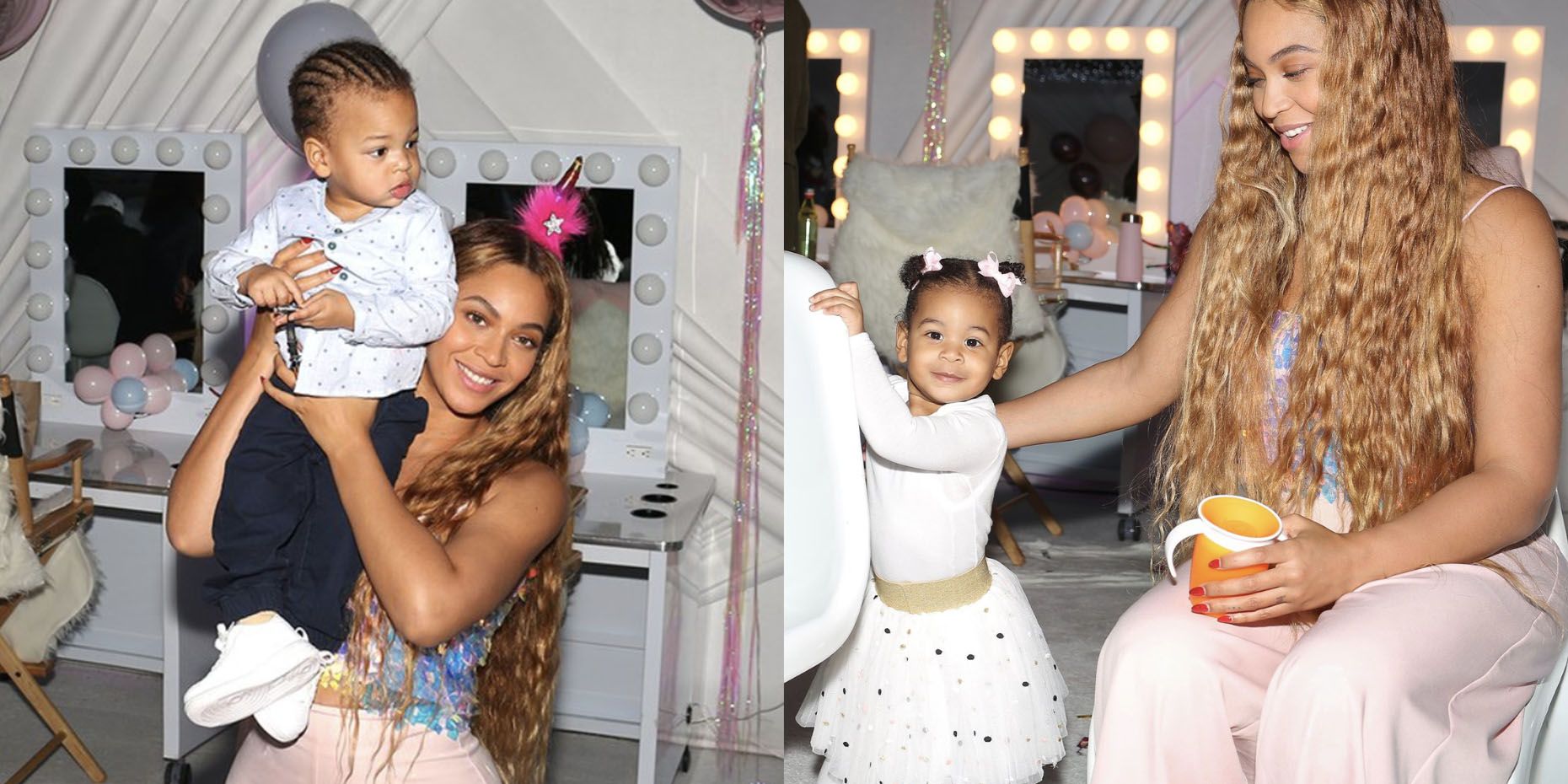 Beyoncé is celebrating her record-setting run at the 2021 Grammy Awards with a little family time — and some jaw-dropping bling. Two weeks after breaking the record for most wins of any singer, Beyoncé enjoyed a well-deserved day off by soaking up the sun, beach-side, with her three kids.

Of course, her eldest daughter, Blue Ivy Carter, had a lot to celebrate too, considering she just scored her first-ever Grammy win at the wise old age of 9 for the “Brown Skin Girl” music video.

On Wednesday, March 31, Bey posted a gallery of Instagram pics from her outing in Malibu, Calif., Where they dined at the Japanese hotspot Nobu and dipped their toes in the waves nearby.

The “Black Parade” singer, 39, shared two rare photos of her 3-year-old twins, Rumi and Sir Carter, looking all grown up as they played in the tide with their backs to the camera. In one pic, Bey (who went barefoot and wore jeans and a white tee) reached out to hold Sir’s hand on the beach. 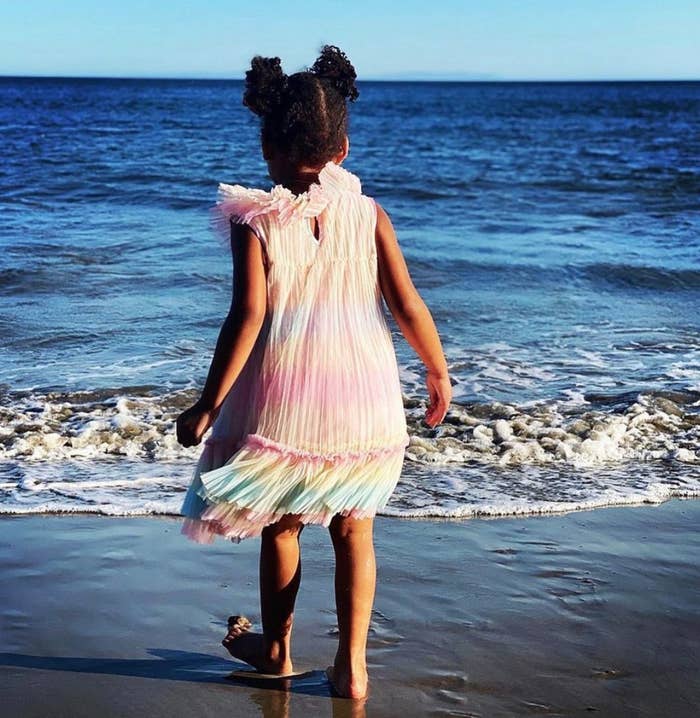 The toddler rocked a mini bun, beige shorts and a crisp white shirt. As for Rumi’s sense of style, she had her curly hair in two buns and wore a pastel dress with trim. During the meal, Beyoncé twinned with Blue by pouting their lips at the camera during a tableside selfie, which showed Bey clad in a denim jacket, gold sunglasses and choker necklace.

Another shot at the table gave a look at Bey’s hands on top of Blue’s, presumably, but it was her eye-popping bling that stole the show. Bey showed off a huge amber rock on her ring finger — and we can only assume it’s a lavish gift from hubby Jay-Z, perhaps to commemorate her Grammys trophies. 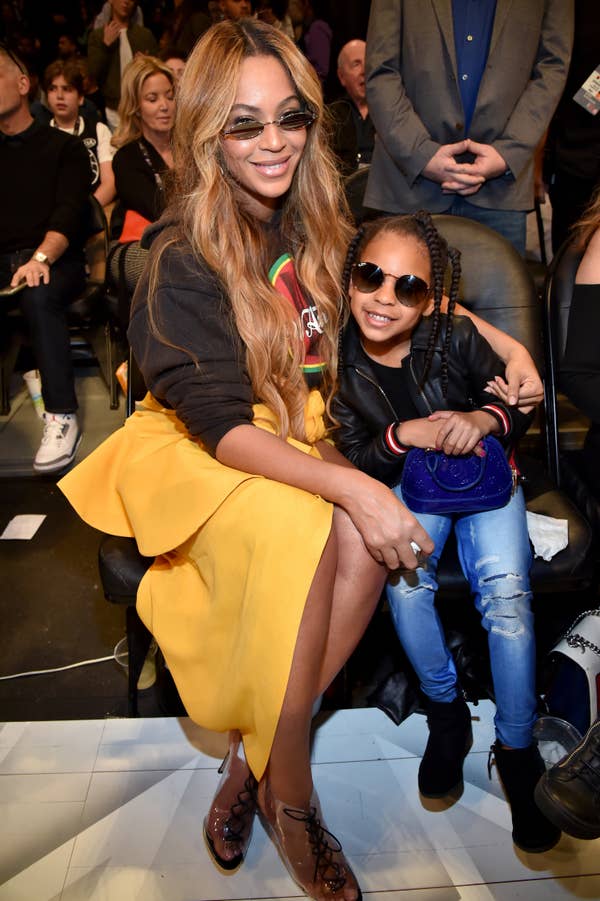 The giant orange-toned teardrop stone even matched her gold-tipped nails. She posed in her closet while wearing a matching quilted denim miniskirt and jacket from Alessandra Rich, along with a white crop top.

She revealed another glimpse of her stunning ring in an up-close shot, as she draped her fingers over a black Chanel bag. Bey had on the same gold necklace from her lunch outing, suggesting she indulged in the photoshoot before heading to Malibu with her kid 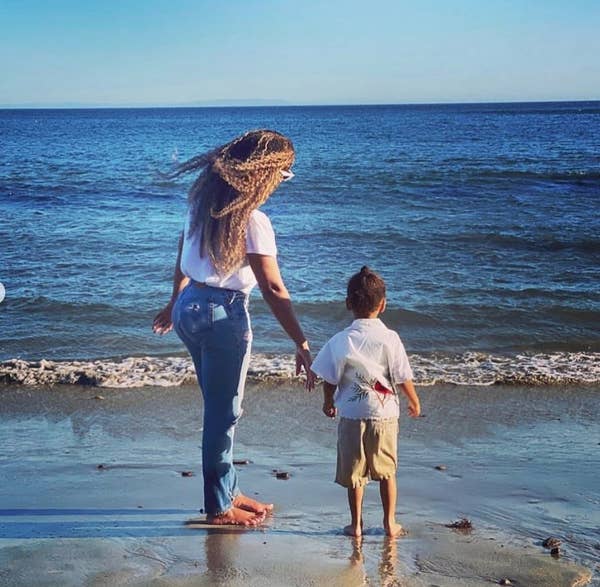 Before they got married in 2008, the superstar accepted Jay’s proposal and an estimated $ 5 million engagement ring, which featured a 24-carat emerald-cut diamond by Lorraine Schwartz. However, this week’s outing is not the first time the couple has gone without their rings in the 13 years since.