The prime minister’s most senior black adviser is to step down from his role in Number 10. Samuel Kasumu will leave his post as Boris Johnson’s special adviser for civil society and communities in May.

According to Politico, he told colleagues of his decision on Tuesday morning, just as the findings of the report were released. Are controversial report findings justified? Mr Kasumu will stay in post until May to continue work on improving the uptake of coronavirus vaccines among minority groups, its report added.

Asked about his departure, the PM said Mr Kasumu had “done some great stuff” in Number 10. “I thank him very much, particularly on helping to encourage vaccine take-up amongst more hesitant groups and communities. And, actually, we’re seeing some real success there,” Mr Johnson said.

The PM described the report as a “very interesting piece of work” and said the government would be responding to it in “due course”. “We’ve got to do more to fix it. We need to understand the severity of the problem.

According to the BBC, Mr Kasumu drafted and retracted a resignation letter in February, in which he accused the Conservatives of pursuing “a politics steeped in division” and suggested Kemi Badenoch, the equalities minister, may have been in breach of the ministerial code over her row with a journalist.

Labor’s shadow women and equalities secretary Marsha de Cordova said: “To have your most senior advisor on ethnic minorities quit as you publish a so-called landmark report on race in the UK is telling of how far removed the Tories are from the everyday lived experiences of black, Asian and ethnic minority people.

“Their divisive report appears to glorify slavery and suggests that institutional racism does not exist despite the evidence to the contrary. It is no wonder they are losing the expertise from their team.” 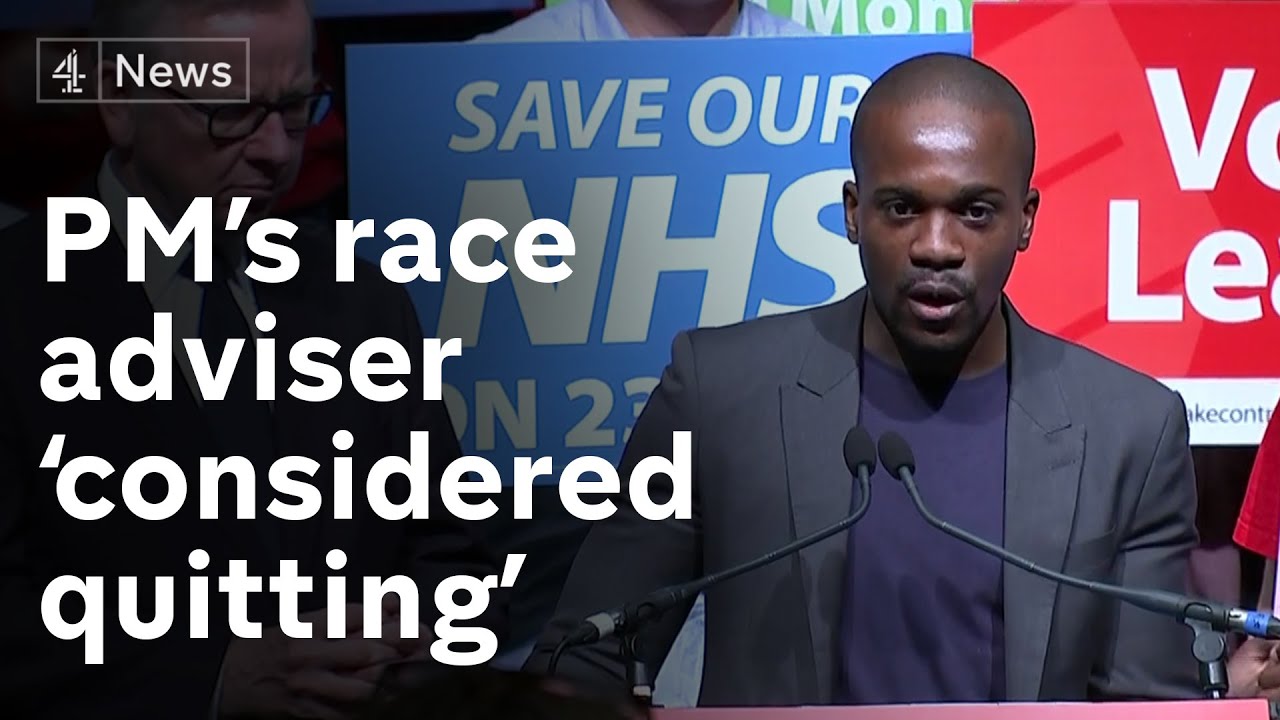 ‘We shouldn’t rush to racism as the answer’ The commission’s report, which explored ethnic and race disparities within education, employment, the criminal justice system and health, argued that the UK is no longer a country “where the system is deliberately rigged against ethnic minorities”.

It said the UK “should be regarded as a model for other white-majority countries” although it cannot be considered “a post racial society”. “Too often ‘racism’ is the catch-all explanation, and can be simply implicitly accepted rather than explicitly examined,” the report argued.

“The evidence shows that geography, family influence, socio-economic background, culture and religion have more significant impact on life chances than the existence of racism.”